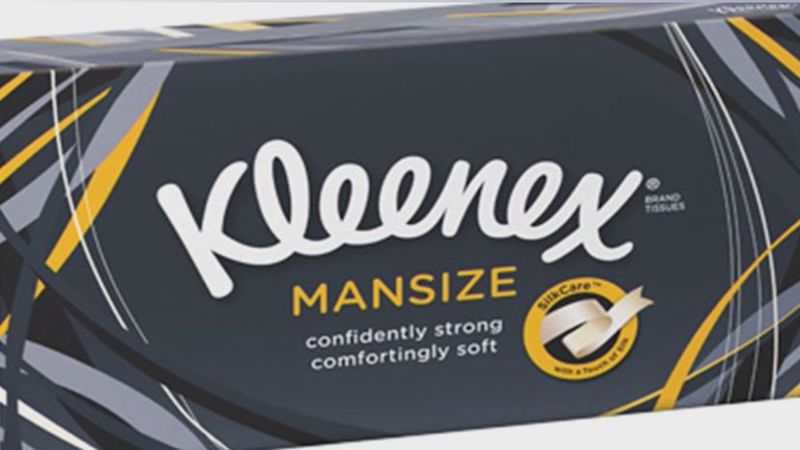 I have to admit it, I’m a soft touch!  I come about this condition naturally.  It’s one of ways I’m most like my dad.  As a kid growing up I remember watching my dad tear up in church when someone sang one of his favorite hymns or the preacher told a moving story.  At home he could be moved to cry by a single scene in a movie, whether that moment was happy or sad,  a simple hug or expression of love from any of us in the family,  a photo of a special memory,  or when he read a scripture that spoke to his heart.

I remember being somewhat embarrassed at times when my dad would cry.  After all,  even as a young boy  I had heard people say “real men don’t cry”.   I didn’t understand how my dad, who was a man of substantial stature, could be moved to tears so easily.  He had faced more than his share of adversity and had the scars to prove it.  Life had toughened him up in some ways, but evidently softened him in other ways that I had trouble comprehending.  He had become somewhat of a “teddy bear” who wasn’t afraid to cry  and whose affectionate hugs could almost crush you. What had happened to him?

As I grew older I began to experience a bit of life myself.  I had some pretty awesome positive experiences and some gut-wrenching negative ones.   Each twist and turn of life made an impact on who I was and how I responded to the next adventure. Getting married, having kids, enjoying some success, facing some failure, experiencing some pain,  having the privilege of doing some things I never thought I’d have the chance to do,  walking through some valleys with others…..all of these things made a huge impact on me.  They changed who I was as a person and turned me more and more into a man like my dad who could tear up at the simplest of things.  Like the character played by Jude Law in movie “The Holiday”,  I’ve become somewhat of both a public and private crier.  No one has been more surprised by that than me!

At times I’m somewhat embarrassed by my own tendency to tear up.  If often comes at the most unexpected moments  —  a life story or touching performance on “America’s Got Talent”,   a reunion of two old friends or love interests on a TV show or movie,   an amazing comeback by my favorite sports teams,  a song that touches my heart on the radio or during a worship service,  or seeing a life changed by God’s grace.  Any of those things can choke me up, bring unwanted moisture to my eyes, and cause me to reach for the Kleenex.   I’m not saying that’s a bad thing, but for some reason it often feels a bit awkward and uncomfortable.  Yet, I sense this growing characteristic in my life is actually becoming a strength rather than a weakness. There’s something powerful about becoming more sensitive about what is going on around me.

When I was a kid I liked  to memorize scripture, especially during Vacation Bible School. Granted that was motivated by the “Funny Money” that was offered for doing so!.  Afterall,  I could use the “Funny Money” at the VBS store to buy red licorice and glow in the dark Crosses!  One of the verses I memorized  around 1965 was John 11:35, as did virtual every other kid in the VBS.  You probably memorized it too, though you may not recognize the reference.  It’s just two words, “JESUS WEPT”.  Somehow that was worth $3 in “Funny Money” just like all the other verses they gave us, so that was a slam dunk.  However, though I memorized the verse I really didn’t understand the story behind it.  I mean, I realized that meant Jesus cried, but I didn’t think that was such a big deal.  It said that His friend Lazarus had died so His response didn’t seem that unusual.

As I grew older I began to understand more about that situation.  Yes, Jesus was Lazarus’ friend.  He had spent time in the home Lazarus had shared with his two sisters, Mary and Martha.   It appears they were quite close.   The sisters and their friends were already grieving when Jesus finally arrived.  That might have choked anyone up.  But though Lazarus had died,  Jesus also knew that He was about to raise him from the dead.  The incredible miracle He was about to perform would change the whole situation.  Yet, Jesus wept!  He stood in front of the grave and wept for His friend and those that loved him.   He was about the change their tears into laughter and joy, but He wept.  His heart went out to His friends.  He felt their pain. He identified with their sorrow.  He wasn’t afraid to cry in front of everyone.

Something about that speaks to me.  Remember, Jesus had spent a good number of years working in Joseph’s carpenter shop.  He was not some wimpy, soft-hands kind of guy who had never done a hard day of work.  Building things by hand as a carpenter in those days took a good deal of strength and toughness.  In addition, by this time in His ministry Jesus had already dealt with some serious opposition. Like a seasoned politician or CEO, by now He was probably used to facing the heat and working to stay on course. He had seen a lot, done a lot, and experienced a lot of ups and downs in life already, including the death of his own earthly father, Joseph.  He knew He had the power to raise Lazarus from the grave, but He still wept!

I think Jesus cried because He recognized the true condition of the human experience.  Orthodox Christian theology clearly states that Jesus was both fully divine and fully human.  Though He as God He wasn’t removed from what we call emotions. The Old Testament clearly show us that God can feel compassion, anger,  pleasure, frustration, and many other feelings we can relate too.  When Jesus became human He was not given a free pass from the highs and lows of our emotional gamut.  Shortly after weeping over His friend Lazarus He would find Himself in the Garden of Gethsemane where tears would fall to the ground as He considered His own destiny.  As the Creator He had originally laid out a perfect plan for mankind, but when sin entered the world that plan was sent into a horrible detour that, amongst other things, brought with it the experience of death. That had never been part of His plan……yet here He was staring at that reality once again in front of Lazarus’ tomb.

I guess when it comes right down to it there are lots of legitimate reasons to cry.   Happiness, sadness, shock, relief, mourning, injury, physical pain,  betrayal,  guilt, repentance,  loneliness,  celebration,  or just identifying with what’s happening to someone else.   The macho bravado  that “real men don’t cry” denies our common bond with the rest of humanity.  Men should not be immune to the beauty of their bride,  the birth of their children, the heartache of their friends, or the pain of our physical limitations.  Tears are not an admission of weakness, but rather an acceptance that we can feel the emotions God has given us.  Created in His image,  we have all been given the full suitcase of these feelings  to help us navigate our way through life.

I believe too many times we try to hide from our emotions, especially the ones we feel are the negative ones. We’re afraid to admit when we’re fearful, embarrassed to let others see us cry in public,  ashamed to admit we feel guilty,   and too proud to let people see our loneliness.  We desperate try to cover up our vulnerability,  sluff off our insecurities,  make excuses for our anger,  put a fake smile on our face to hide our despair, and suffer in silence when we are truly hurting.  It seems we put on so many facades that, at least at times, have forgotten who we really are and what it means to be human.  We are so busy trying to look good to others that we often become more of a phony than a real person.  Heaven forbid people would actually see us for who we really are, know what we really feel,  or accept us despite our emotional turmoil.

I sincerely think Jesus may want to tell us to “get over ourselves”.   He never intended us to hide behind our masks. Yes, we do need to control how we express our emotions but we can’t hide from them.  Used in the proper context and expressed appropriately  every emotion is healthy…..even those ones we don’t like.  God certainly doesn’t want us throwing up over everywhere with our fountain of emotions, but I think He would like us to allow Him to help us channel those feeling into healthy outlets…….LIKE CRYING AT TIMES!

I’m certainly not suggesting we all become a bunch blubbering idiots, but I do believe it might do us all some good to sit down and have a good cry every once in a while.  We need to have our hearts softened and touched again.  We should be more like the little girl who came home late one afternoon.  When her mom asked her why,  she said, “My friend Sally lost her dog so I stayed with her for a while to help her cry”.

My dad would approve of somebody like that…….and I think I’m getting there too!  Let’s allow God to soften all of our hearts – both to the experiences in our own lives and in those around us.  May we never get too old and mature to have a good cry!   All I can say is,  “Pass the Kleenex”.