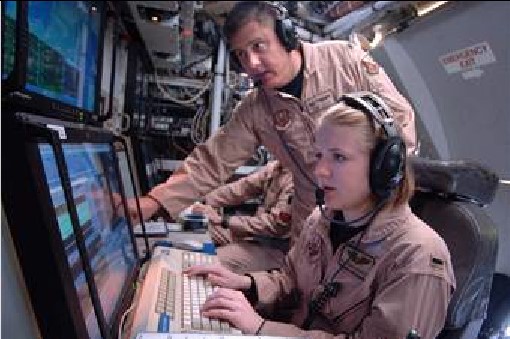 PROUD OF THE UNIFORM I WORE

I had just turned 17 and the US was still heavily involved in an unpopular war in Vietnam. Due to the very real prospects of being drafted the next year, I decided the best course of action would be to join the US Air Force. Therefore, on September 1, 1972 I left my home and family in Salt Lake City and headed to San Antonio for “Basic Training”. Little did I know at the time how much my life was about to change!

As one of the youngest recruits in the Air Force, at least legally, I was not particularly prepared for what awaited me when I got off that plane. First, there was the incredible difference in climate. I arrived about midnight in San Antonio where it was still 95 degrees with about 90% humidity. I couldn’t believe how hot it was and how much I was sweating. Second, the sergeant who greeted the other new recruits and I at the airport wasn’t anything like the friendly, gregarious recruiter who had enlisted me. This guy looked and acted like he was about ready to punch a wall. Third, and foremost, I was about to be engulfed into a moral culture that I knew nothing about and would put my faith to the test.

I met my drill sergeant at 4 AM that morning when he came ranting through the barracks about an hour after we had finally bunked down. As we stood there in our shorts wondering why this guy was so angry at us, I realized this was not going to be eight weeks of fun and games! He screamed, slammed a few lockers, and intimated all 55 of us in training flight #4077.

By 5 AM we were at breakfast (at that time I didn’t even know 5 came twice a day!), then it was off for our 30 second haircuts (pretty traumatic since it was the 1970’s and we all had long hair), getting uniforms, shots, and a constant barrage of reminders that we were a bunch of “#$%^&*)+<” that the Air Force was going to turn into men…..whether we liked it or not! Needless to say, I heard a few words I had never heard before….both by my drill sergeant and my fellow “dweebs”.

For the next 7 years, both on active duty and in the reserves, I lived the life of a member of the US military. There were a lot of things about the military that went against my nature, but there were also some things about my time in the service that I still look back on with pride. I worked in the highly sensitive field of communications, routinely dealing with classified information and handling responsibilities well beyond what others my age could even image. For the most part, this was a “team” that knew they had to work together. With all of our various jobs, it was a team with a primary mission. There was a proud tradition of service and sacrifice that permeated the culture. A few of the “lifers” didn’t seem to get it, but many of those I worked with served with distinction, respecting the traditions and protocol of the military system.

I was proud to be in Air Force…..but I was also glad when the day came when I received my Honorable Discharge. I never went to war, and my two overseas assignments were both cancelled before I was to report, but I had served my country and fulfilled my duty.

As I write this blog article I’m sitting outside at a Starbucks on a beautiful Memorial Day morning.  Around the country today there are thousands of those who had family members in the military that are not there to enjoy this holiday weekend. They gave their lives in the service of their country in places like Omaha Beach, Iwo Jima,  Korea,  Vietnam,  Iraq, Afghanistan, and a myriad of other troubled places around the world.  Memorial Day for these families is more than BBQ’s, camping trips and fighting the traffic trying to get back home.  It’s a day to remember the privilege and responsibility that is laid on those who serve in the military, and the sacrifice so many made so we can do things like sit safely outside of a Starbucks writing a blog.

Whether we agree with the current political administration or not, I believe we should always honor the American Veterans who have served the US in the Army, Air Force, Marines, Navy, and Coast Guard. Many have served at a great sacrifice. A multitude have given their lives for the freedoms we enjoy. Others served during a season of peace, insuring the safety and security of our way of life. I’d invite you to personally “Thank” a veteran or a member currently serving in our military. I’m grateful I was given the opportunity to be a part of this proud tradition……and I’m even more grateful for those who paid the price, and continue to pay the price, for me to live in America. Let’s teach our kids how important our veterans are and what these men and women do for each one us every single day!

Grateful As I Remember,